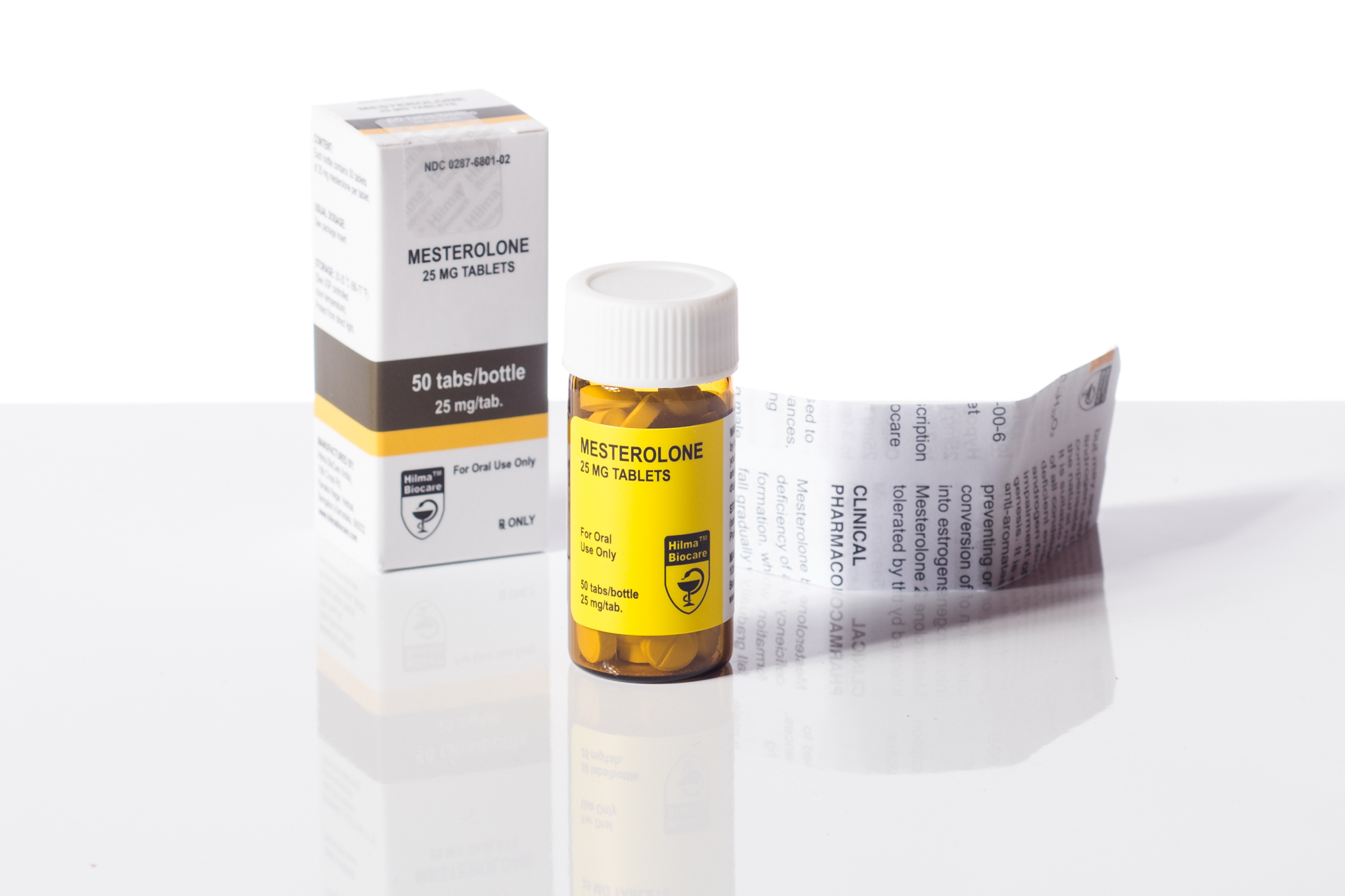 MESTEROLONE is used to treat potency disturbances, infertility, and declining physical and mental alertness in the aging male due to reduced androgen formation.

It is suitable for treatment of all conditions caused by deficient endogenous androgen formation without impairment of spermatogenesis. It is effective as an anti-aromatase in the body, preventing or slowing the conversion of androgens into estrogens. Mesterolone 25 is well tolerated by the liver.

Mesterolone (Proviron) is a purely androgenic steroid with no anabolic qualities. The drug was used both as an anti-estrogen that “prevents” estrogen from being produced through the aromatization of sex steroids, and for its hardening effect upon musculature. Unlike Nolvadex (which only keeps estrogen from bonding with its receptors by blocking them), Proviron actually prevents the formation of estrogen. Due to lower estrogen levels, athletes retained less water and prevented (for the most part) the formation of gyno and female pattern fat deposits.

Proviron was popular as a post-cycle anti-estrogen. (To keep estrogen from becoming the dominant hormone and to kick up sex drive lost due to low androgen levels) In fact, it is used in medicine as a drug to increase sperm production and eliminate sexual dysfunction in males. In some cases Proviron is prescribed to decrease flow or stop menstruation in females. For males this only replaces the androgens levels, not cures the problems of low testosterone production.

Though the reader should note that the decrease in circulatory estrogen in itself promotes increased HPTA activity. At one time Proviron was commonly used year round by many appearance oriented athletes to maintain hardness. Now, according to recent polls, more athletes are using ephedrine and Clenbuterol to replaced Proviron for this purpose. By the way, frequent and sometimes painful erections are side effects of Proviron use. (So?) Actually, an erection that lasts days can cause permanent damage and erectile problems.

As to dosages, males “usually” administered 25-200mg daily and often combined it with Nolvadex (Tamoxifene). Women athletes commonly reported virilizing side effects when employing Proviron. It should be noted that most women who reported this side effect also co-administered other androgens.

At a dosage of 25-50-mg daily combined with Nolvadex most reported good results and few side effects. Teslac was believed to be a superior anti-aromatase drug (which shuts down estrogen production) but few considered it cost effective. 50mg Proviron and 250-1000mg Teslac, or 150mg Proviron and 20mg Nolvadex daily, was said to almost totally suppress estrogens. (Both during steroid cycles and after these dosages were quite effective)