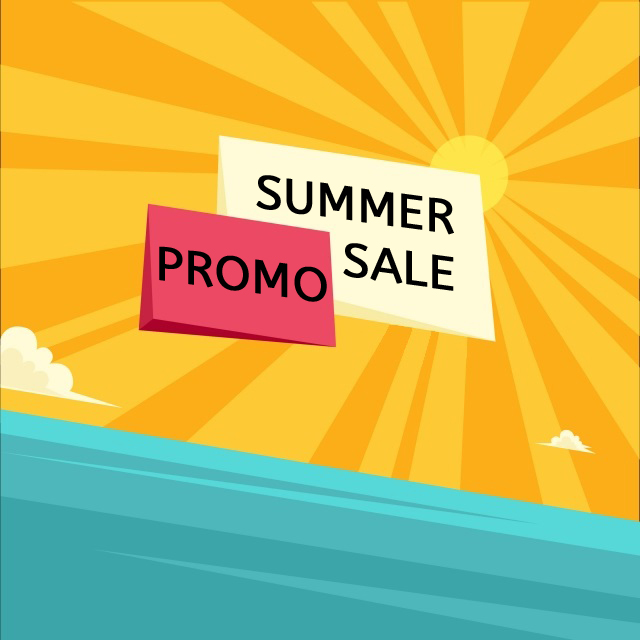 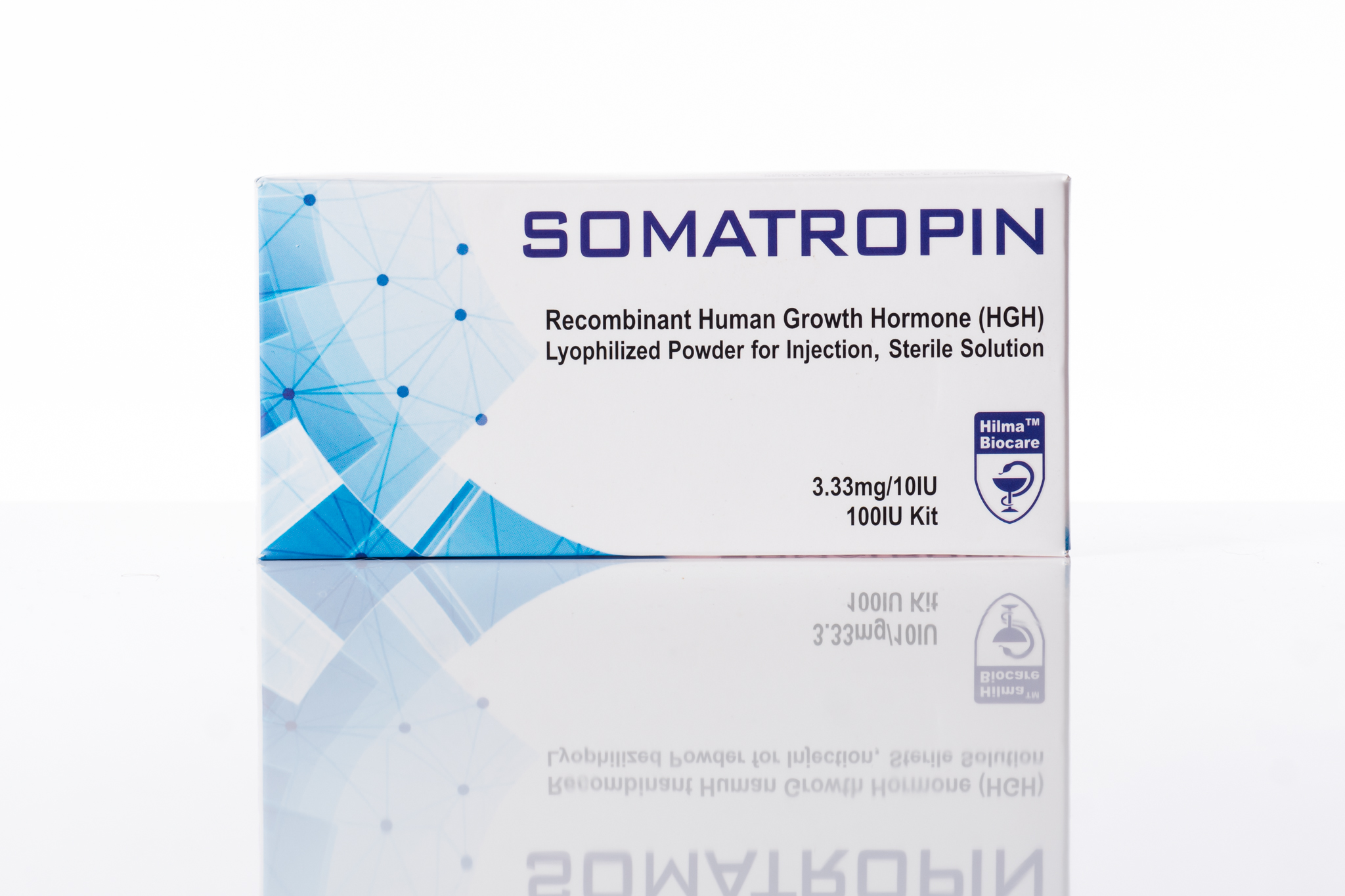 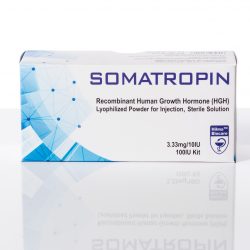 From 4th of June to 30th of July running promotion for HgH by following prices:

Somatropin may contain not more than fifteen percent deamidated GH at expiration. The deamidated form of GH has been extensively characterized and has been shown to be safe and fully active.
Somatropin is a sterile, white lyophilized powder intended for subcutaneous administration after reconstitution with Bacteriostatic Water for Injection, USP (benzyl alcohol preserved).

Somatropin [somatropin (rDNA origin) for injection] is a human growth hormone (hGH) produced by recombinant DNA technology. Somatropin has 191 amino acid residues and a molecular weight of 22,125 daltons. The amino acid sequence of the product is identical to that of pituitary-derived hGH.

Use and effective range:

Dose range and duration of use:

Application period: 3 months up to one year

In the human body growth hormone is produced by the pituitary gland. It exists at especially high levels during adolescence when it promotes the growth of tissues, protein deposition and the breakdown of subcutaneous fat stores. Upon maturation endogenous levels of GH decrease, but remain present in the body at a substantially lower level. In the body the actual structure of growth hormone is a sequence of 191 amino acids. Once scientists isolated this hormone, many became convinced it would exhibit exceptional therapeutic properties. It would be especially effective in cases of pituitary deficient dwarfism, the drug perhaps restoring much linear growth if administered during adolescence.

The 1980’s brought about the first prepared drugs containing Human Growth Hormone. The content was taken from a biological origin, the hormone being extracted from the pituitary glands of human corpses then prepared as a medical injection. This production method was short lived however, since it was linked to the spread of a rare and fatal brain disease. Today virtually all forms of HGH are synthetically manufactured. The recombinant DNA process is very intricate; using transformed e-coli bacterial or mouse cell lines to genetically produce the hormone structure. It is highly unlikely you will ever cross the old biologically active item on the black market (such as Grorm), as all such products should now be discontinued.

Here in the United States two distinctly structured compounds are being manufactured for the pharmaceutical market. The item Humatrope by Eli Lilly Labs has the correct 191 amino acid sequence while Genentech’s Protropin has 192. This extra amino acid slightly increases the chance for developing an antibody reaction to the growth hormone. The 191 amino acid configuration is therefore considered more reliable, although the difference is not great. Protropin is still Anabolics 2002 considered an effective product and is prescribed regularly. Outside of the U.S., the vast majority of HGH in circulation will be the correct 191 amino acid sequence so this distinction is not a great a concern.

The use of growth hormone has been increasing in popularity among athletes, due of course to the numerous benefits associated with use. To begin with, GH stimulates growth in most body tissues, primarily due to increases in cell number rather than size. This includes skeletal muscle tissue, and with the exception of eyes and brain all other body organs.

The transport of amino acids is also increased, as is the rate of protein synthesis. All of these effect are actually mediated by IGF-1 (insulin-like growth factor), a highly anabolic hormone produced in the liver and other tissues in response to growth hormone (peak levels of IGF-1 are noted approximately 20 hours after HGH administration). Growth hormone itself also stimulated triglyceride hydrolysis in adipose tissue, usually producing notable fat loss during treatment. GH also increases glucose output in the liver, and induces insulin resistance by blocking the activity of this hormone in target cells. A shift is seen where fats become a more primary source of fuel, further enhancing body fat loss.

Its growth promoting effect also seems to strengthen connective tissues, cartilage and tendons. This effect should reduce the susceptibility to injury (due to heavy weight training), and increase lifting ability (strength). HGH is also a safe drug for the “piss-test”. Although its use is banned by athletic committees, there is no reliable detection method. This makes clear its attraction to (among others) professional bodybuilders, strength athletes and Olympic competitors, who are able to use this drug straight through a competition.

There is talk however that a reliable test for the exogenous administration of growth hormone has been developed, and is close to being implemented. Until this happens, growth hormone will remain a highly sought after drug for the tested athlete. But the degree in which HGH actually works for an athlete has been the topic of a long running debate. Some claim it to be the holy grail of anabolics, capable of amazing things. Able to provide incredible muscle growth and unbelievable fat loss in a very short period of time. Since it is used primarily by serious competitors who can afford such an expensive drug, a great body of myth further surrounds HGH discussion (among those personally unfamiliar).

Many will state with the utmost confidence that the incredible mass of the Olympian competitors each year is 100% due to the use of HGH. Others have crossed bodybuilding materials claiming it to be a complete waste of money, an ineffective anabolic and barely worthwhile for fat loss. With its high price tag, certainly an incredibly poor buy in the face of steroids. So we have a very wide variety of opinions regarding this drug, whom should we believe?

It is first important to understand why there the results obtained from this drug seem to vary so much. A logical factor in this regard would seem to be the price of this drug. Due to the elaborate manufacturing techniques used to produce it, it is extremely costly. Even a moderately dosed cycle could cost an athlete between $75-$150 per daily dosage. Most are unable or unwilling to spend so much, and instead tinker around with low dosages of the drug. Most who have used this item extensively claim it will only be effective at higher doses. Poor results would then be expected if low amounts were used, or the drug not administered daily. If you cannot commit to the full expense of an HGH cycle, you should really not be trying to use the drug.

The average male athlete will usually need a dosage in the range of 4 to 6 I.U. per day to elicit the best results. On the low end perhaps 1 to 2 I.U. can be used daily, but this is still a considerable expense. Daily dosing is important, as HGH has a very short life span in the body. Peak blood concentrations are noted quickly (2 to 6 hours) after injection, and the hormone is cleared from the body with a half-life of only 20-30 minutes. Clearly it does not stick around very long, making stable blood levels difficult to maintain.

The effects of this drug are also most pronounced when it is used for longer periods of time, often many months long. Some do use it for shorter periods, but generally only when looking for fat loss. For this purpose a cycle of at least four weeks would be used. This compound can be administered in both an intramuscular and subcutaneous injection. “Sub-Q” injections are particularly noted for producing a localized loss of fat, requiring the user to change injection points regularly to even out the effect. A general loss of fat seems to be the one characteristic most people agree on. It appears that the fat burning properties of this drug are more quickly apparent, and less dependent on high doses.

Other drugs also need to be used in conjunction with HGH in order to elicit the best results. Your body seems to require an increased amount of thyroid hormones, insulin and androgens while HGH levels are elevated (HGH therapy in fact is shown to lower thyroid and insulin levels). To begin with, the addition of thyroid hormones will greatly increase the thermogenic effectiveness of a cycle.

Taking either Cytomel® or Synthroid® (prescription versions of T-3 and T-4) would seem to make the most sense (the more powerful Cytomel® is usually preferred). Insulin as well is very welcome during a cycle, used most commonly in an anabolic routine as described in this book under the insulin heading. Aside from replacing lowered insulin levels, use of this hormone is important as it can increase receptor sensitivity to IGF-1, and reduce levels of IGF binding protein-1 allowing for more free circulating IGF-1 (growth hormone itself also lowers IGF binding protein levelss’). Steroids as well prove very necessary for the full anabolic effect of GH to become evident. Particularly something with a notable androgenic component such as testosterone or trenbolone (if worried about estrogen) should be used.

The added androgen is quite useful, as it promotes anabolism by enhancing muscle cell size (remember GH primarily effects cell number). Steroid use may also increase free IGF-1 via a lowering of IGF binding proteins. The combination of all of these (HGH, anabolics, insulin and T-3) proves to be the most synergistic combination, providing clearly amplified results. it is of course important to note that thyroid and insulin are particularly powerful drugs that involve a number of additional risks.

Release and action of GH and IGF-1: GHRH (growth hormone releasing hormone) and SST (somatostatin) are released by the hypothalamus to stimulate or inhibit the output of GH by the pituitary. GH has direct effects on many tissues, as well as indirect effects via the production of IGF-1. IGF-1 also causes negative feedback inhibition at the pituitary and hypothalamus. Heightened release of somatostatin affects not only the release of GH, but insulin and thyroid hormones as well.

HGH itself does carry with it some of its own risks. The most predominantly discussed side effect would be acromegaly, or a noticeable thickening of the bones (notably the feet, forehead, hands, jaw and elbows). The drug can also enlarge vital organs such as the heart and kidney, and has been linked to hypoglycemia and diabetes (presumably due to its ability to induce insulin resistance).

Theoretically, overuse of this hormone can bring about a number of conditions, some life threatening. Such problems however are extremely rare. Among the many athletes using growth hormone, we have very few documented cases of a serious problem developing. When used periodically at a moderate dosage, the athlete should have little cause for worry. Of course if there are any noticeable changes in bone structure, skin texture or normal health and well being during use, HGH therapy should be completely halted.